Adjacent to Fuli Township, with Hualien County in the north, Donghe in Chenggong Township is located in northeastern Taitung County. Donghe is well-known for steamed buns. In addition, international surfing competition held in recent years due to the incredible waves have made Donghe a preferred spot for surfers. YaSu came to Donghe three years ago to surf with some friends. Within four short months, he decided to move to Taitung. He opened a Japanese-style pub in Donghe where he could enjoy the surf, admire the sunrise and be immersed in an east coast life. YaSu stated, “The surfing in Taitung has become increasingly popular over the past three or four years, and it has even been featured in some magazines”. He went on to explain, “Japan also has some places to surf, but the water temperature is not conducive for surfing in winter. It’s a few degrees below freezing. Therefore, Japanese surfers struck out to find the nearest surfing spot with warmer conditions – they found it here in Donghe Taitung.”

YaSu had experience working in the restaurant industry while living in Japan, and had also worked in a Japanese-style pub. So he had the idea of opening a pub in Donghe. He went on to reveal that numerous Japanese surfers flock to Donghe during the winter months. He stated, “During the winter, 99% of the people on the beaches in Donghe are Japanese!” With a serious expression, he emphasized that “a boss that can speak Japanese and a pub that serves Japanese cuisine will provide Japanese tourists with the feeling of familiarity and give them peace of mind. Beginning in October, the northeast winds blow until March or April, resulting in an endless influx of Japanese surfers. Marketing via his website and blog, his pub is not only filled with customers during the winter evenings, but he is also a local guide and surf instructor during the day. He locates the best waves for Japanese surfers. He also introduces them to the mountains and rivers of the beautiful East Coast and returns to the pub to serve specially crafted meals for them. “The ingredients I use are freshly purchased at the Chenggong harbor each morning. I don’t like frozen fish. When cooking, I like to use some special local seafood,” YaSu said while taking out that mornings goods from a bag. “This is a very rare Sebastiscus tertius (a species of fish in the rockfish family), the nerves are very poisonous, but the meat is very delicious. It seems the uglier the fish, the more delicious it is!” YaSu joked. “I am going to use it and show off my cooking skills. I want to share this specialty with my guests this evening. 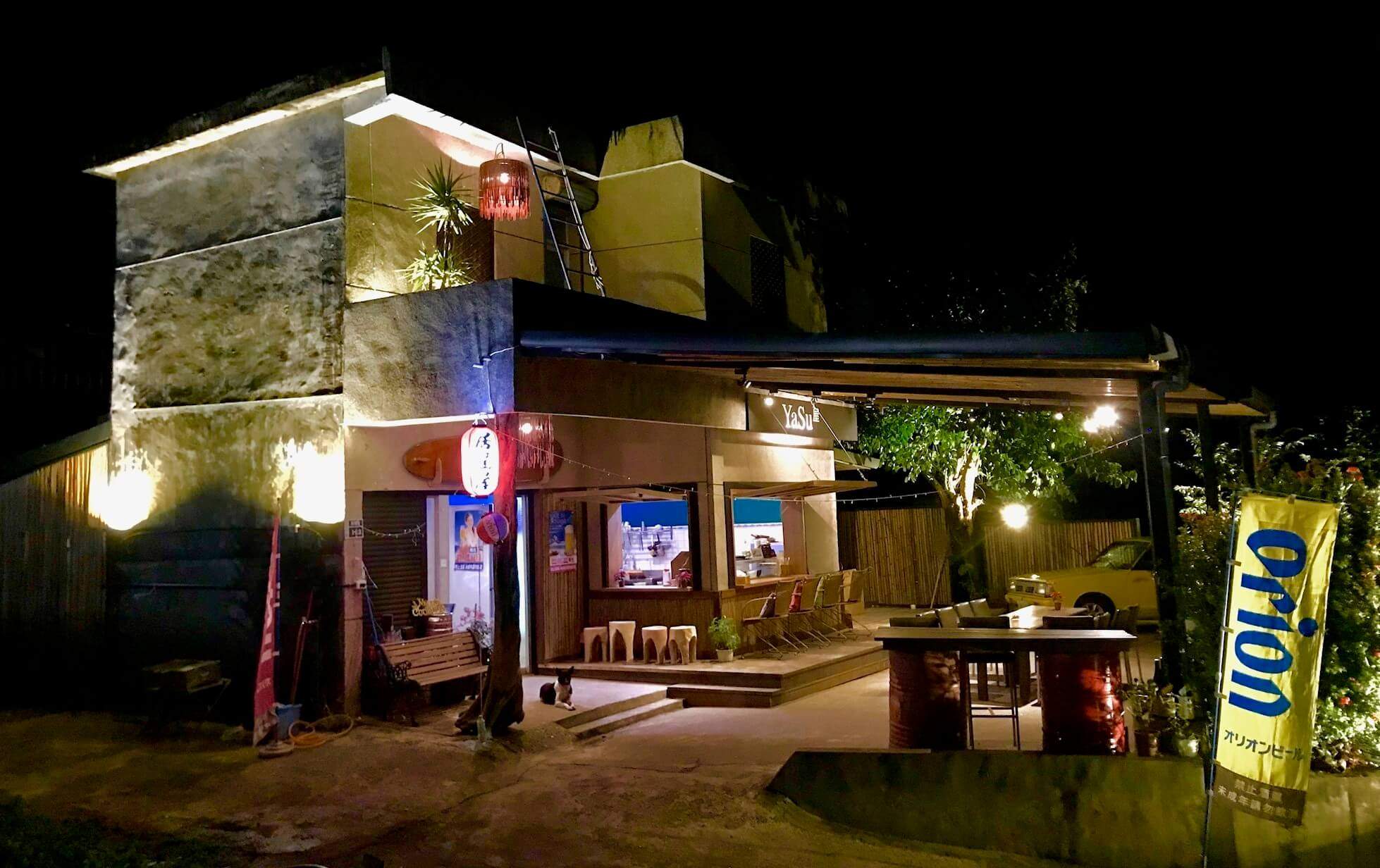 If Japanese friends visit during the surfing low season, YaSu will take them hot springing. “There is a Japanese TV show that recently reported about Lisong Hot Spring, so it has become quite famous in Japan,” he said. Winter is the only time suitable for surfing in Taiwan. During the summertime, there are no waves so surfers will chase the typhoons. “As long as you know that the typhoon is coming to Taiwan, some people will chase it to catch the big waves. It is exciting, but it is safety first!” YaSu said with a smile.

Over his time living in Taitung, Yasu has become familiar with the habits of Japanese surfers. However, due to the difficulty of transportation, planning a surfing trip for many is particularly troublesome. “Many people looking to come here will start by checking out my blog to see the past experience of others. They’ll use the articles shared by the users as a reference with respect to transportation via bus or taxi.” He explained that due to the limited bus services, and the fact that many small buses cannot accommodate a surfboard, coupled with a unclear schedule, this has caused many to be unable to board the bus. When coming to Taitung from Japan, you must take a flight from either Songshan or Taoyuan airport. “Trains will not permit surfboards.” YaSu stated helplessly. He hopes that in the future there will be direct flights from Japan. Or at least that trains will be able to accommodate surfboards. Increasing the ease of transportation will definitely attract more tourists. Tweaking just a few conditions will attract a large number of Japanese surfers. Yasu is still confident that he can introduce more Japanese to Taitung’s beautiful ocean and continue to spread the reputation of surfing in Taitung!